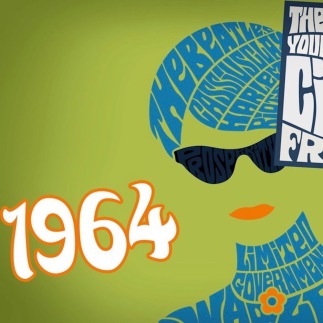 It was the year of the Beatles and the Civil Rights Act; of the Gulf of Tonkin and Barry Goldwater’s presidential campaign; the year that cities across the country erupted in violence and Americans tried to make sense of the Kennedy assassination. Raw interviews from American Experience’s film 1964 follows some of the most prominent figures of the time — Lyndon B. Johnson, Martin Luther King, Jr., Barry Goldwater, Betty Friedan — and brings out from the shadows the actions of ordinary Americans whose frustrations, ambitions and anxieties began to turn the country onto a new and different course.

The 1964 Interviews Collection is made up of 71 raw interviews from the American Experience documentary of the same name. The film, partly based on Jon Margolis’s The Last Innocent Year: America in 1964, discusses 1964 as a year that defined American politics and culture for decades to come. 1964 begins with the assassination of President John F. Kennedy in November 1963, and discusses the major events of 1964, including the British Invasion, the publication of The Feminine Mystique, Muhammad Ali and Sonny Liston’s boxing match, Freedom Summer and the Civil Rights Movement, and President Lyndon B. Johnson and Barry Goldwater’s contentious presidential election. Interviews took place with activists, historians, authors, and journalists, including Hodding Carter III, a journalist who worked on Lyndon B. Johnson’s presidential campaign; Stephanie Coontz, a historian; Dave Dennis, a Civil Rights activist who planned Freedom Summer with the Congress of Racial Equality (CORE); Robert Lipsyte, a sportswriter; and Phyllis Schlafly, a conservative activist and author of A Choice Not an Echo. Subjects include music and the Beatles, feminism, civil rights, John F. Kennedy, Lyndon B. Johnson, Barry Goldwater, Muhammad Ali, boxing and sports, the Congress of Racial Equality (CORE), and the Harlem Riots.

In this clip, Mr. Dennis speaks about the power of Fannie Lou Hamer as a voice for the people.

In this clip, Ms. Rigueur gives perspective on the social climate of 1964.

In this clip, Ms. Schlafly talks about her canvassing efforts for Barry Goldwater, Republican Party nominee for President of the United States in 1964.