As an intern at the American Archive of Public Broadcasting at WGBH, I am living in Boston for the first time. I’ve decided to make it my goal to explore the city and since it’s summertime, the sun is out and beckoning the city’s inhabitants to head outside. One popular activity is frequenting the farmers’ markets that Boston has to offer! The City of Boston reports that it handles almost thirty markets, but that number doesn’t even include the numerous markets that are in the surrounding suburbs. But when did farmers’ markets become so popular? We might take their existence for granted now, but they haven’t always had the thriving customer base they do today. Looking through content at the American Archive of Public Broadcasting, we can see how farmers’ markets have evolved throughout the years.

In July of 1978, a Boston WGBH production called GBH Journal presented a story about a farmers’ market in Dorchester. In the story, the reporter explains how the markets provide benefits for both the farmers and the buyers. For example, the farmers can “bypass the middle person” and the consumers pay “less for their produce and also get fresh, nutritious vegetables and fruits for their money.” The program also describes how farmers’ markets aid the economy in Massachusetts by providing an economic boost for struggling farmers and an affordable food source for lower-income citizens. This same farmers’ market in Dorchester still runs today at Fields Corner every Saturday from 9 a.m. to 12 p.m.

Farmers’ markets continued to grow in popularity throughout the country, and in 2007, Tampa public broadcasting station WEDU ran a story

about a popular market in Sarasota, Florida on its series Gulf Coast Journal with Jack Perkins. Featured is a local citrus farmer, Tim Brown of Brown’s Grove Citrus and Produce. Brown talks about the high quality of his family’s produce, emphasizing its freshness: “the citrus that we pick on Friday night is on the street Saturday morning.” Tony Souza from the Downtown Partnership of Sarasota explains the market’s popularity in the clip, stating that “the locals come up because it’s the thing to do.” Throughout the story, the program highlights the community involvement found at farmers’ markets as a main attraction. Like the Dorchester market in Boston, the Sarasota farmers’ market still runs every Saturday. The Brown family even still sells their produce. 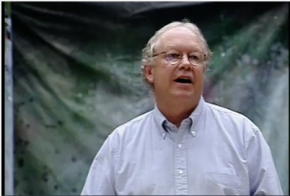 To understand why farmers’ markets are popular today, it is helpful to understand how organic and small farmers gained prevalence in an industry that favors corporate, high-quantity producers. In September of 2004 at Washington State University, Northwest Public Television recorded a presentation by the former Executive Director of the Organic Farming Research Foundation (OFRF), Bob Scowcroft. In this talk, Scowcroft discusses how the OFRF assisted in bringing national attention to organic farming, citing press interviews, conferences, and researching for grants as key factors to its success. He also reads a passage from a 1970 LIFE magazine, quoting “the ideas are simple and appealing: we eat too much, mostly of the wrong things; our food comes to us not as nature intended, but altered by man during both growth and processing.” As a pioneer in organic farming, Scowcroft offers insight to how organic, small farming has grown throughout the years and the challenges it still faces. 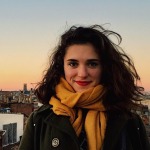 This post was written by Hannah Gore, AAPB Intro to Media Archives Intern and student at Dickinson College.

View all posts by sroosa