Learn more about the struggle for Alaskan Native civil rights in this week’s featured Vision Maker Media film, “For the Rights of All: Ending Jim Crow in Alaska.”

This blend of documentary and drama depicts a growing activist movement for citizenship, voting rights, and school desegregation, culminating in the Senate testimony of activist of Tlingit activist Elizabeth Peratrovich, who swayed the floor vote in favor of the passage of the 1945 Anti-Discrimination Act – the first civil rights bill passed in the United States since the Civil War. 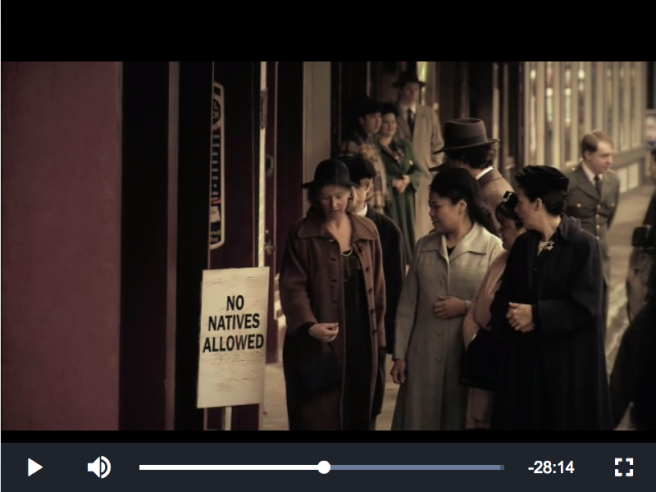 Watch “For the Rights of All: Ending Jim Crow in Alaska” on the American Archive of Public Broadcasting website.

Check back here every Tuesday, or follow us at @amarchivepub on Twitter to keep up with featured streaming films over the 40 weeks of the celebration. You can find the complete schedule here.

Vision Maker Media is the premier source for quality American Indian and Alaska Native educational and home videos. All aspects of Vision Maker Media programs encourage the involvement of young people to learn more about careers in the media – to be the next generation of storytellers. Vision Maker Media envisions a world changed and healed by understanding Native stories and the public conversations they generate.

Each week for the next forty weeks, a different film featuring Native voices from Native producers will be available to stream free online, in celebration of Vision Maker Media’s 40 years supporting American Indian and Alaska Native film projects.