This week’s featured Vision Maker Media film is “Way of the Warrior,” an exploration of the Native American tradition of military service, including the stories of Native American veterans who served in World War I, World War II, the Korean War, and Vietnam.

The program honors the endurance and sacrifice of individuals such as Mitchell Red Cloud (Ho-Chunk), a Congressional Medal of Honor recipient; Ira Hayes (Pima), one of the flag raisers on Iwo Jima; Phil Coon (Creek), a Bataan Death March survivor; and John Yahola (Creek), a member of the red Stick Warrior society.

Their stories are examined through the prism of what it means to be “ogichidaa,” one who protects and follows the way of the warrior. 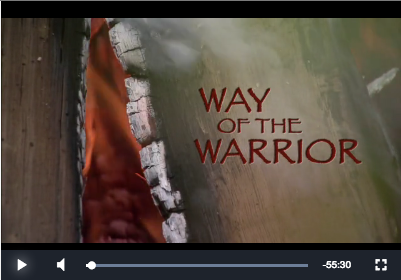 Watch “Way of the Warrior” on the American Archive of Public Broadcasting website.

Check back here every Tuesday, or follow us at @amarchivepub on Twitter to keep up with featured streaming films over the next 40 weeks. You can find the complete schedule here.

Vision Maker Media is the premier source for quality American Indian and Alaska Native educational and home videos. All aspects of Vision Maker Media programs encourage the involvement of young people to learn more about careers in the media – to be the next generation of storytellers. Vision Maker Media envisions a world changed and healed by understanding Native stories and the public conversations they generate.

Each week for the next forty weeks, a different film featuring Native voices from Native producers will be available to stream free online, in celebration of Vision Maker Media’s 40 years supporting American Indian and Alaska Native film projects.